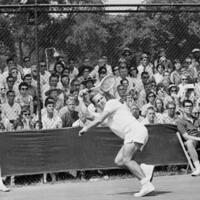 Chuck McKinley has been one of the most successful athletes Trinity University has produced in its entire athletic existance. This exhibit dives into the life of Chuck analyzing vital events in his life that greatly contributed to his success at Trinity. This exhibit will discuss the following question: Who was Chuck McKinley, what was his role at Trinity Unversity, and in what way did his presence impact his fellow tennis teammates? 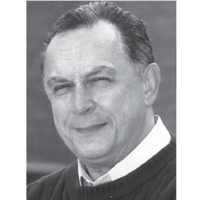 The women of Gamma Chi Delta and their involvement with the intramural sport of inner-tube water polo. 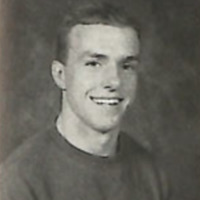 This exhibit will explore Trinity baseball and the powerhouse program it became under Coach Scannell, who was the 2016 National Coach of the year. This exhibit has many different components from strategy, interviews and a historical context into how baseball has developed through the years. 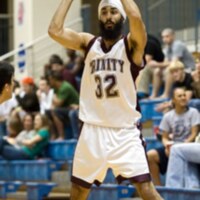 Former Trinity athlete and follower of the Sikh religion, Darsh Singh, was the first ever NCAA basketball player to play with his turban. Darsh Singh attended Trinity University from 2004-2008, where he was an engineering major and played for the men's basketball team. This project focuses on various perspectives of people who witnessed the event and hones in on the way that history is created due to these varying perspectives. This exhibit utilizes this case study as a prime example of that, while also recognizing Darsh's amazing accomplishment. 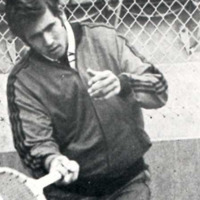 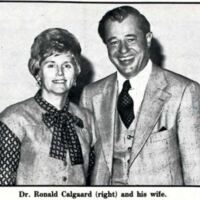 To this day Trinity University continues to have a nationally competitive Division III athletics program, because of the influence and direction of President Calgaard. Throughout his 20 year tenure as President of Trinity University, Dr. Calgaard developed and approved the plans for the William H. Bell Center, oversaw the transition as the school joined the Southern Collegiate Athletic Conference, and created a community environment where students and student-athletes could interact and learn together. Without the guidance of President Calgaard, who knows where Trinity would be today. 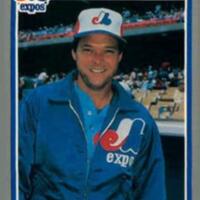 The Trinity baseball team was loaded in the 1970s, with perhaps the most talent that has ever come through San Antonio. They won lots of games, and  finished 16th in the 1972 poll at the end of the year. 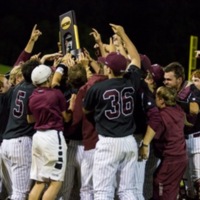 This site follows the path of the 2016 Trinity Baseball team to the National Championship. The Tigers won the NCAA Division III Baseball National Championship against Keystone College on May 31, 2016. With a 44-7 win-loss record they set a new conference record for most wins in a season, beating out the previous record from 1999. 2016 was the second consecutive trip to the DIII world series made by the Tigers and the championship became the fifth of its kind in Trinity team-sport history. 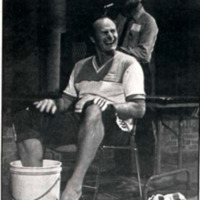 Jim Potter and his impact on Trinity University

This exhibit takes a look into who Jim Potter is and the way he impacted Trintiy University. Potter's legacy lies with his impact on student life and his dedicaiton to making the university the best it could possiby be. 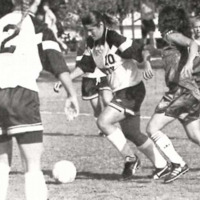 During the 1990s, the Trinity women's soccer program (TUWS) started their dominating run that continues into the current day. This exhibit dives into the state of women's soccer at the time and the inner workings of the program itself that gives insight into what has made the program into the powerhouse that it is today. 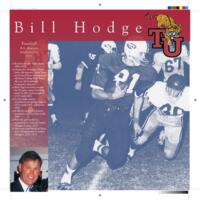 Time Changes Trinity: The Story of a Generational Gap

This exhibit examines the generational ideologies athletes, both players and coaches, have felt pressured by while being involved in Trinity University atheltics.  Over many generations it seems as though younger generations at Trinity have different ideas on how their teams and coaches have pushed them in a game day situation where they felt as though an injury could restrain them from playing.